These Mediterranean Stuffed Peppers are a no brainer for me. I know that as an Arab, we are known to stuff many vegetables. Basically, anything you can think of, we have probably tried to stuff it. It's what we do. BUT stuffed peppers are constantly a go-to dish for me because they're hands down the easiest vegetable to stuff.

The stuffing for these peppers is tangy, and bursting with Middle Eastern flavors which complement the sweetness of the peppers so perfectly. The best part is not just the fact that they are prepared in about 10 minutes, but also that they cook in the oven which means your stove stays nice and clean. That's always a bonus for me.

The stuffing for these Mediterranean Stuffed peppers is inspired by my mother's dolma recipe. If you've never had dolma... it's likely because you don't have nice Arab friends like me to make it for you and/or you are too intimidated to try it. Let me tell you: it's the best dish ever. and THESE stuffed peppers are your gateway to dolma. Why? because they're much easier to make and taste so similar!

Dolma stuffing is traditionally made with ground beef, but I decided to go vegetarian for various reasons. It's quicker to make, lighter on the stomach, and lighter on the planet. Don't get me wrong, I love to eat meat, but every now and then, it's good to keep it light.

How to make Vegetarian Stuffed Peppers

The process for making these Mediterranean stuffed peppers is pretty simple. I wasn't kidding when I said it takes about 10 minutes to prepare (unless you chop very very slowly). Here's how it goes down:

I serve mine with a salad, usually either a good fattoush or tabouli.

What type of peppers should I use for stuffed peppers?

My personal favorite peppers to stuff are yellow, red, and orange sweet peppers. I don't enjoy the taste of cooked green peppers, but if you do, you can certainly use those too. As for size, I like to go for the medium sized peppers you may see at your grocery stores. Not the regularly sized large peppers, nor the super small mini ones. They're medium in size and tend to be so much sweeter than the larger ones.

You can still go for the big peppers but keep in mind that you will need either more stuffing or less peppers. And it would actually be fun to do this with mini sweet peppers. I bet that would look super cute.

If you try making these Mediterranean Stuffed Peppers, I would LOVE to hear your feedback. Let me know by leaving me a comment and a review! I can't wait for you to try them!

For more Vegetarian recipes, check out: 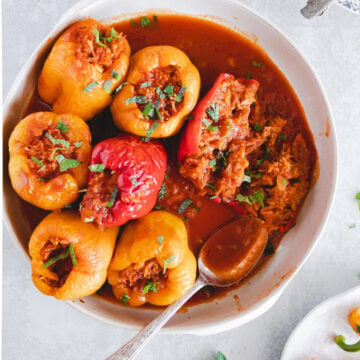 These easy vegetarian stuffed peppers are full of flavor and take only 10 minutes to throw together! The stuffing is tangy and works perfectly with the sweetness of the peppers. A must try for a quick yet super satisfying dinner.
5 from 4 votes
Print Pin Rate
Course: Main
Cuisine: Mediterranean
Keyword: Mediterranean Stuffed Peppers, Stuffed Peppers
Prep Time: 10 minutes
Cook Time: 45 minutes
Servings: 5
Author: Amina 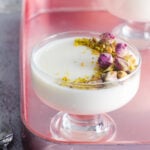 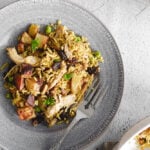 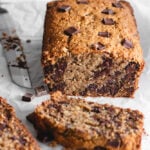 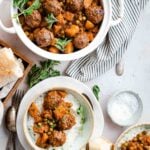 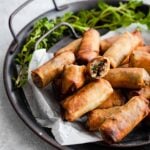 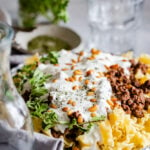 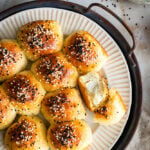 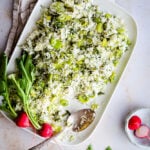